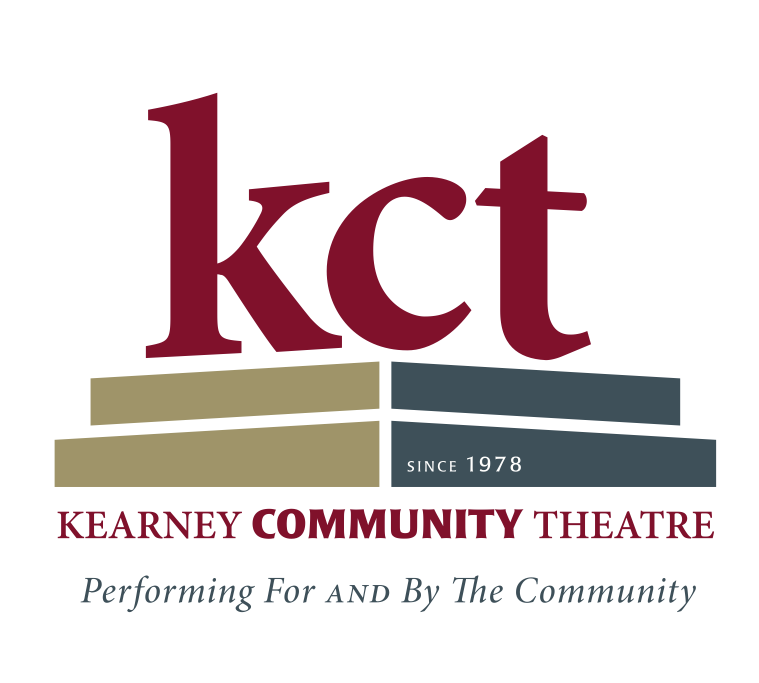 Hired to helm an Americanized take on a British play, director Lloyd Fellowes does his best to control an eccentric group of stage actors. During practice sessions, things run smoothly. However, when Lloyd and his actors begin a series of performances leading up to a Broadway premiere, chaos ensues. Star actress Dotty is losing her sparkle (and her sardines!), male lead Frederick has no confidence, and bit actor Selsdon is rarely sober. Can the rest of the troupe get it together? Will they make it to curtain call?

Kearney Community Theatre presents Noises Off by Michael Frayn and directed by David Rozema,
Thursday May 13, 2021 through Sunday May 23, 2021.
Ticket pricing is $16-$20.

Noises Off is sponsored by Cottonwood Veterinary Clinic. The show is suitable for mature audiences. Due to COVID mandates, masks are required to be worn during the entirety of the performance.

The bar will not be open, but beverages are available for preorder up to 24 hours in advance. See our website or give us a call! Let’s learn a little trivia about our Board of Directors Vice-President, Steve Homan!

Steve Homan has been a member of our Board of Directors for seven years! Currently, and for the past few years, he has served as Vice-President, and Chair of our Fundraising and Theater Promotions Committee. We have been able to complete many capital improvement projects, and provide Sponsorship opportunities for local businesses due to his leadership and guidance. Let’s see what little bits of trivia we can pick up, shall we?

1. How did you get involved with KCT?  My kids got involved with ACT, and later main stage productions.  We hosted a cast party for Wait Until Dark  (my daughter Samantha was in the show) and Alex Schwarz (the director of the show and a Board member) mentioned there may be a board opening.

2. What would you name your boat if you had one? My Darling Jeni

3. What’s your hidden (or not so hidden) talent? I can sing!

4. What do you do as Vice President of the KCT Board? Mostly whatever the President, Sara Homan, tells me to do.

5. What is your favorite food? Pretty tough to beat a 4oz medium-rare filet, an ear of sweet corn, a fresh sliced tomato, some crusty bread and a nice Cab.

6. If you had a time machine which time period/place would like to visit? NYC in the fifties would be pretty interesting (post war boom, Broadway shows that are revivals now, young Sinatra).

7. What is your favorite play/musical? Recently Billy Elliot, Spamalot, Hamilton, Avenue Q, and Book of Mormon (and many, many more).

8. What do you like to do in your free time? Spend it with Jeni and my daughters, with my friends, walk, read, cook, and listen to music mostly…

9. Where is your favorite place to vacation? Italy (Europe) and major US cities

10. What candy bar name best fits your personality? It doesn’t really answer your question, but a frozen Butterfinger ranks near the top of that list. We can’t wait for Noises Off to open here at KCT! With all of the zany, backstage antics the show highlights, we thought it would be fun to share some behind-the-scenes trivia about Theatre across the globe – and the centuries!

1. A Spirited Reservation
The Palace Theatre in London, England Keeps two seats permanently bolted open for the theatre ghosts to sit in.

3. No whistling!
The superstition that whistling onstage is bad luck originated in the 1600s when sailors were hired to run the fly systems backstage. Their skills with rigging, knots, and rope made them perfect for the job – but they communicated via whistling. Anyone else whistling onstage could result in early or missed cues, and even injury.

5. A Famous Emergency Understudy
William Shakespeare was once forced to take over the role of Lady Macbeth when the original boy playing her, Hal Berridge, died suddenly. congratulations to the cast of
shakespeare goes to gravel gulch!

auditions for
beauty and the beast

Please prepare a song from the stage production, animated movie, or live movie.
Those auditioning for the Beast or Belle need to choose one of the songs that character sings. KACF’s “Building for Tomorrow” fund recently awarded $15,875 in grants to seven different local nonprofits in the community. These organizations are using their grants to impact people living in and around Kearney.

Kearney Community Theatre was awarded $1000 for the Academy of Children’s Theatre production of Charlotte’s Web for 3rd-8th graders in the fall! Thank you, KACF!

“Building for Tomorrow aids local entities with the opportunity to grow their specific projects. It is such a joy to fulfill their requests and help them achieve their mission. The impact this program has not only impacts the individuals involved but enriches the entire community of Kearney,” said Heidi Narber-Richter, KACF board member and Building for Tomorrow grants committee member.